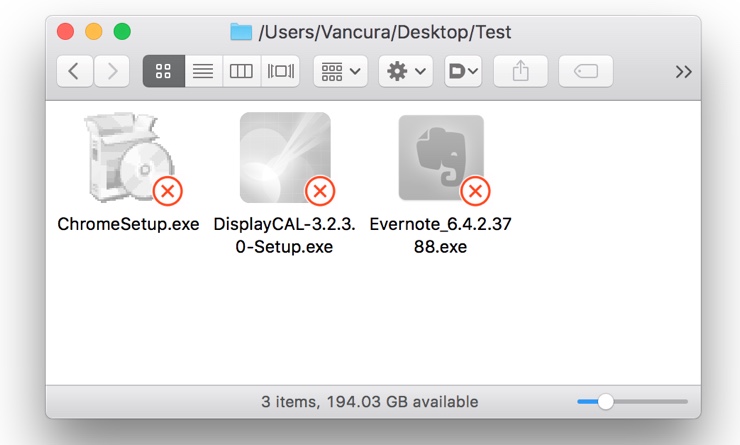 Apple released the macOS Sierra 10.12.4 beta on January this year, so now it can properly display. exe executable file.

macOS 10.12.4 is macOS Sierra another major version update, except for bringing iOS Night Shift patterns, also making improvement for PDF API, and reinforcing Siri more powerful. In addition, many users have found that macOS Sierra 10.12.4 now can better able to deal with Windows in the Finder executable (.exe), this is absolutely a good news for them. 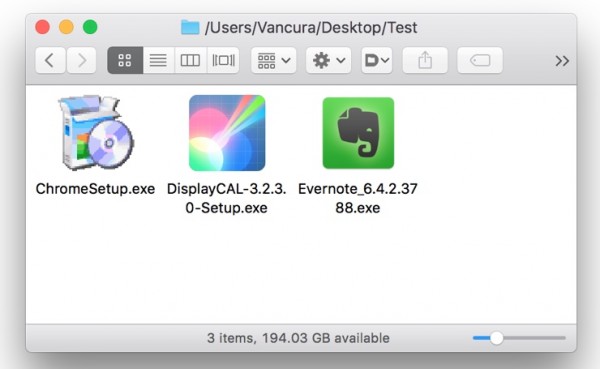 Vaclav Vancura, Microsoft’s Mac product designers, who has found that Windows executable file is no longer use the generic icon as before, now macOS Sierra 10.12.4 can analysis in Windows. Exe files normally, and display a usual icon, too. Of course, it does not mean that you can run .exe files of Windows in Finder of Mac. If it is needed to use Windows programs directly on macOS, which we need to install a virtual machine software, for example, Parallels Desktop. But there are also people who believe that for new users, it may cause problems and make them confused, because when they see. Exe icon they may think that these files can run by double-clicked. Vancura gave his advice here, he think it can add the corner mark to executable to remind users these Windows file cannot be directly run. (see the pisture below)

The macOS Sierra 10.12.4 beta was released by Apple, if you are interested in it you may wish to join apple’s demo project to experience the new functionality now. Don’t know how to update the latest version? Click here to learn more. 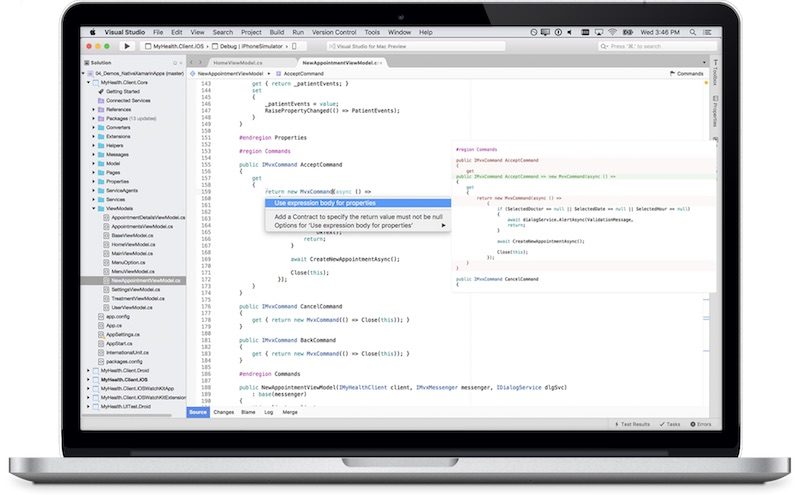 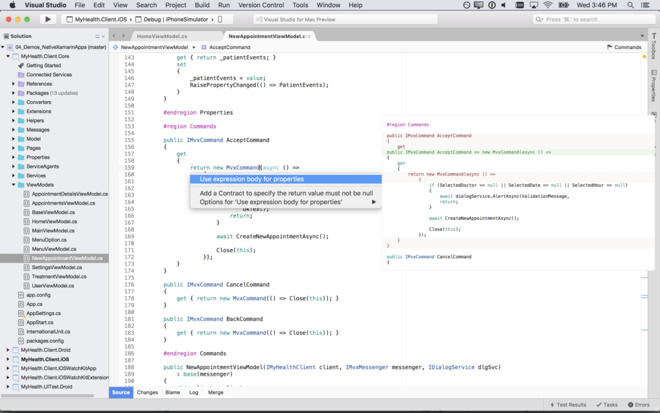 On Wednesday, Microsoft announced they will release the finished Visual Studio for Mac, bringing the development suite out of a months-long preview period, which means not only Windows can use this program but the Mac users can, too.

Thanks to integration with Xamarin, a cross-platform software development company that Microsoft acquired last year, the Mac users can have an experience to use Visual Studio in their computer now. In fact, Microsoft have tried to break down the bound in programs/software between Windows and macOS, Visual Studio for Mac is a good start for those people who have been eager to break this limit.

After spending months in preview, Microsoft finally is officially launching its Visual Studio coding platform for the Mac. Visual Studio allows developers to code applications using Microsoft’s integrated development environment (IDE) on Apple’s macOS platform, which they can sync across both Windows and Mac devices.

What You Can Do with Visual Studio for Mac

Use Visual Studio 2017 for Mac can apply to develop the applications of Android, macOS, iOS, tvOS, watchOS, Web and iCloud. It can quick coding, easy debugging and diagnosis, timely tested, and safely published. Use cross-platform applications in xamarin.forms can share UI code base on XAML between Android, iOS and macOS without restrictions on access to the features of this machine.

There are three different versions of Visual Studio for Mac that users can download, which includes Visual Studio Community, Visual Studio Professional, and Visual Studio Enterprise. Microsoft markets Community saved as free, but “fully-featured,” IDE for students and individual developers.

For breakdown of the differences between each Visual Studio subscription, including individual licenses, check out the app’s new website to get more details. All of the core Visual Studio for Mac downloads are free, but you might have to pay with professional version.

Tips: How to Disable the Popup Message Push on Safari

There is always an inquiry window to ask you weather to accept the push of popup message when surfing some main websites on Safari. Though, you can easily choose refuse, and keep on reading, but do you feel annoyed when repeatedly doing the same operation to decline the popup message?

Now, we like to say about how to disable popup window push in websites on Safari, if you are also troubled by the problem, it might be good to consult.
Step 1: Open the Safari browser in macOS system, and easily click“Safari” in the menu bar, nest select Preferences. 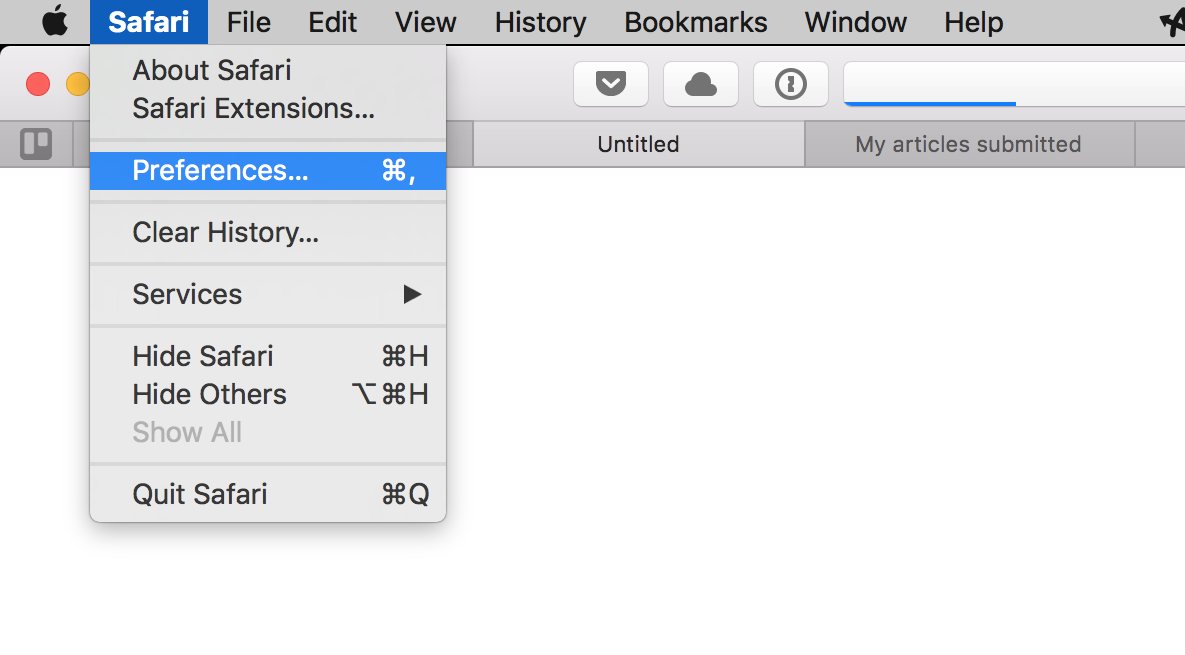 Step 3: Uncheck the “Allow websites to ask for permission to send push notifications” option from the bottom. If you have checked already, please cancel it. 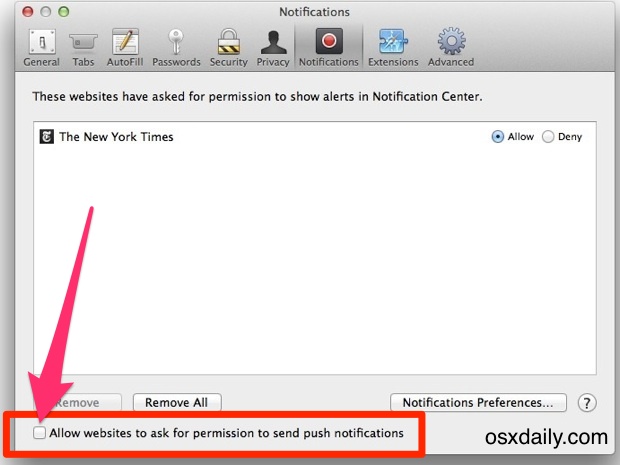 By doing this, it will surely stop the popups that ask you to enable Push Notifications for a website, and you won’t to see that annoying popups.

Step 4: If you have already subscribed to some sites that you want to disable, click on the “Remove All” button to realize. 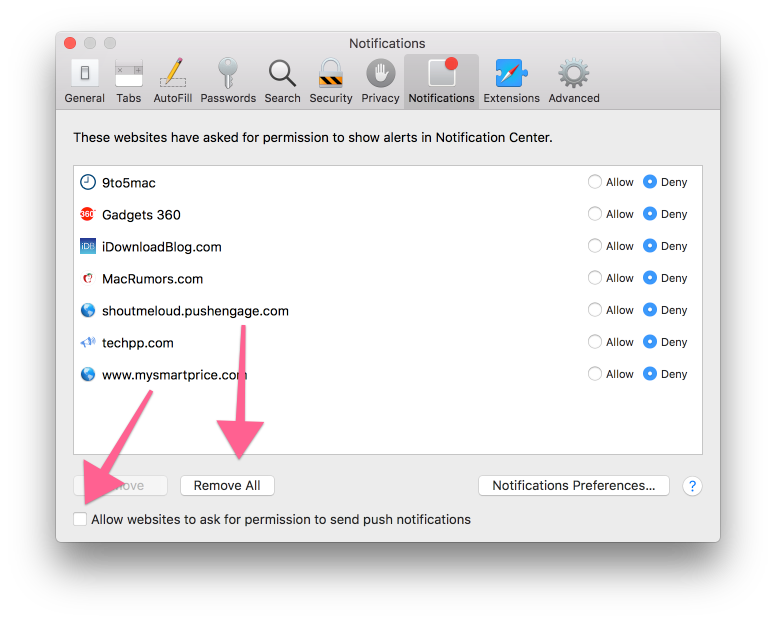 By doing these steps, you are surely avoiding the annoying message popup from the website, thus, gives you a wonderful and cleaning environment to surf internet.

According the report of 9to5Mac, Apple announced that its video editing application Final Cut Pro X had reached 2 million users above in the annual meeting of the National Broadcasting Company Association.

Apple said, after the release of Final Cut Pro X 10.0 in five and a half years, the users of this professional video editing application finally reached 2 million. What is noteworthy is that the adoption rate of the application is still increasing rapidly.

As for Final Cut Pro X, it is significant meaning to reach the milestone of 2 million users. In addition, the released version 10.0 can be said to be completely rewrote the app of Apple, while most of the users don’t care about it.

About the new version interface

Professional users can’t get very used to it after new user interface as well as part specialized function by detachment. Randy Ubillos, who is the creator of Final Cut Pro, had expected that these reactions, and suggested that Apple give people a free copy of version 7 alongside version 10 so that they had a choice of UI and also time to adapt to the new approach. Of course, Apple rejected this idea.

After several versions of amendments and adjustments, new UI interface finally get recognized by the users. At present, Final Cut Pro x has become one of the two major professional nonlinear video editing applications, while the other one is Adobe Premiere.